After Money: A Game Experiment

On Saturday, October 18, as part of the Housing the Human Festival at radialsystem, the public is invited to join the event After Money, a game experiment that imagines a moneyless future, played live by prominent architects, theorists, and decision makers. 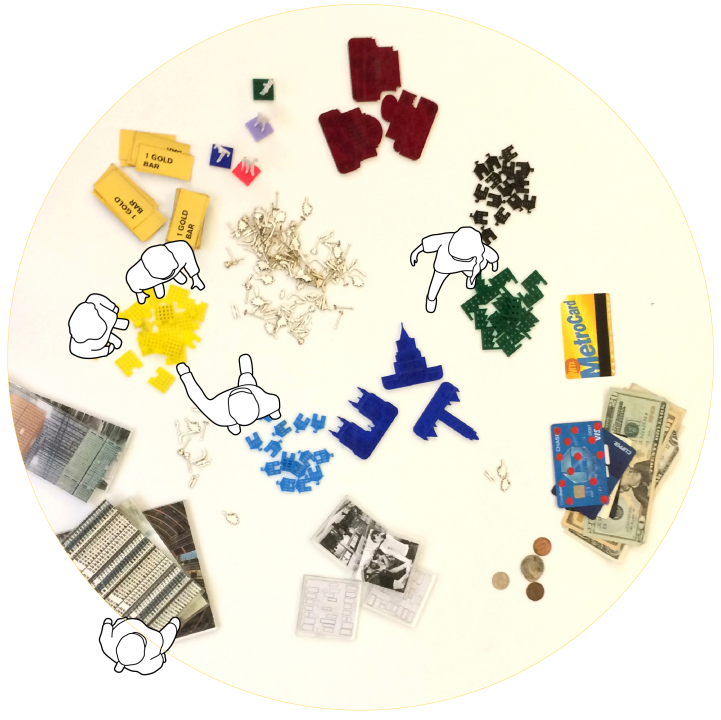 Immerse yourself in the struggles of Bartertown, a fictional land that asks how new networks of care and sociability can emerge in a world without money.

This event stages Bartertown as a life-size board game, in which players must brave disasters such as climate change, a Stock Market crash, or even a divorce. Players exchange favors and resources to survive, using unique “powers” that trade in alternate forms of currency: property, skill, mobility, generosity and influence. Whether they win or lose, dominate or inspire, players will explore unexpected ways to strategize, negotiate, and reshape both the city and the home through a new economy of favors and resource-sharing.

The game brings together people of various backgrounds to work collaboratively with each other while assuming the roles of different agents that are relevant for coexistence in a city. During a two-hour event, participants are invited to both build on their expertise and step outside their own frame of reference. Join us to engage in the collaborative process game play across disciplines and mind-sets.

The game was created by the American designer and scholar Janette Kim of the Urban Works Agency and will be adapted to a full-scale installation for cross-disciplinary engagement for the first time in Berlin. It’s presented in partnership with Future Architecture Platform.

Next Article
The 24/7 Bed: Privacy and Publicity in the Age of Social Media
Previous Article
Concocting New Domestic Rituals